How new parliamentarians can improve the politics of power-sharing arrangements 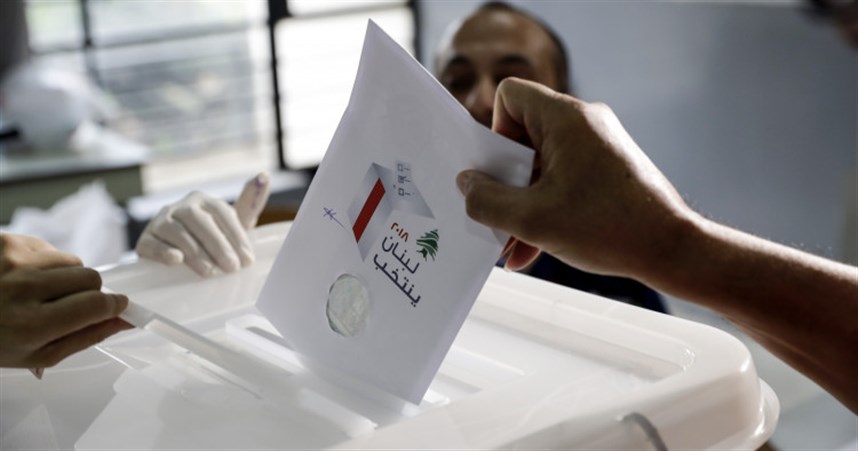 Power-sharing arrangements remain a paradoxical phenomenon. As a powerful tool to stop the guns of conflict, they tend to kill the ingredients for peace by preventing politics from changing.1 Three countries with such arrangements have recently held elections in which outcomes have — ostensibly — led to such political change. In Iraq, the Imtidad Movement, emerging from the protests that began in October 2019, managed to win nine seats in Iraq’s parliament in the October 2021 elections, inching close to many veterans of the country’s post-2003 political system.2 In Northern Ireland, the pro-British Democratic Unionist Party (DUP) lost its majority in the Assembly in early May 2022 in favor of the pro-Irish Sinn Féin for the first time in Northern Ireland’s 101-year history.3 And in Lebanon, the general elections later that same May led to a shift in partisan majorities in parliament amid a record 13 candidates linked to the October 2019 protest movement winning seats.4

Change, however, has yet to materialize. At the time of this writing, the elections have brought more of a perennial companion of power-sharing arrangements: political gridlock. In Iraq, the delay in the formation of a new government has passed any constitutional deadline, making new elections a possibility.5 In Northern Ireland, the DUP has blocked the formation of a new government until some core demands are met — demands that Sinn Féin has vowed not to implement. And in Lebanon, analysts have prepared the public for a long uphill battle to form a new government despite worsening economic conditions.6

Such examples raise an important question: If the formation of political will requires unity of elites in power, why care about newcomers to parliament? As Peter McLoughlin from Queen’s University in Belfast put it, “To talk of Sinn Féin or the DUP ‘winning’ […] in a system which requires power-sharing is pointless.”7

Applied to the individual level, if power-sharing arrangements undermine parliamentarians’ ability to do what they are elected for — that is, represent the interests of the average voter of their constituency at a national level — why should we care about who gets elected?

Lebanon is a well-researched case in point. As recent surveys have shown, members of parliament (MP) don’t seem to spend much of their time in committees or even in offices.8 They spend about 70% of it on constituent work, providing “services,” attending festivities, TV interviews, and funerals. Between June 2009 and April 2017, almost half of Lebanon’s MPs (55 out of 128) did not draft a single law. Only a fraction of the bills that became laws emanated from MPs, while most were prepared by the cabinet.

Requirements for unity in decision-making, then, tend to bridge even ostensibly polarized discourses.9 When in 2020 political Beirut was divided over the Diab government’s “Financial Recovery Plan” — a plan to enable an IMF program and to halt economic implosion — parliamentarians found themselves forming a remarkable alliance. MPs of all major parties established the so-called “fact-finding committee,” a sub-committee of the budgetary committee, in order to identify the “true” economic figures behind the recovery plan. By formalizing political opposition to their own government’s plan, they effectively blocked its implementation to date.10 When de jure institutions mask de facto power, even parliamentary majorities can fail to effect change.

The good news is that — of course — new MPs matter. On the aggregate level, changes in the composition of a parliament can impact the broader political settlement among elites.11 Increased fractionalization through new parties or independent MPs, for example, can increase bargaining costs, forcing changes in the way elites interact with each other as well as with state institutions.12

Yet on the individual level, a potentially even more important way in which new MPs can effect change is not the way many citizens would think. A recent book by Hartzell and Hoddie provides a suitable framework to understand how they can make a difference.13 The authors discuss the ways in which power-sharing institutions interact with democratic governance post-conflict. They argue that power-sharing institutions enable the emergence of a “minimalist democracy” as the most realistic form of democracy to which states emerging from civil war can aspire. These institutions would promote democratization in two broad ways.

First, power-sharing institutions facilitate “democratization from above” by limiting the capacity of the state and elites to engage in predatory behavior. Elites are forced to work — to some extent — via state institutions in which other elites implicitly impose a system of checks and balances. Second, they enable “democratization from below” by empowering citizens to participate in political life. By electing representatives to a common assembly — i.e., parliaments — citizens internalize and demand norms of democratic participation.

Both arguments highlight an important aspect of democratic governance that has received increasing attention in recent years: norms and attitudes of power-sharing behavior. Bormann and colleagues, for example, investigate a large sample of countries and show that power-sharing institutions induce a behavior that allows elites to mediate impending conflict.14

It is such norms and attitudes by which MPs can make a difference. First, new MPs can foster democratization from above by reducing the extent to which elites can subjugate state institutions to their interests.15 In countries with weak bureaucracies, such as Lebanon and Iraq, ministers, politicians, and high-level bureaucrats often depend on political elites for their own political or professional survival. Ministers are not only nominated by party elites but are dependent on them to the extent that elites can set the agenda of cabinet meetings or prevent their engagement altogether.16 Mahmalat and Zoughaib highlight in a recent article just how detrimental such clientelist dependencies are for the effectiveness of bureaucracies.17 They show that whenever the leadership of a ministry in Lebanon changes political affiliation, its output drops by a whopping 25%. Elites appear to leverage clientelist dependencies to bureaucrats to advance their interests and withdraw staff and documentation at will, even at the expense of the well-being of society at large.

Incoming MPs can contribute to reducing these dependencies. Where they can impose candidates for important political positions, such as heads of parliamentary committees, or maybe even ministerial positions, these new candidates can advance the work of their institutions without being “accountable” to more traditional party elites. And even where they cannot impose independent candidates, parliamentarians can leverage their insider knowledge to expose poor choices made by other party elites and discuss the consequences publicly. Certainly, established elites will leverage every available means to prevent relinquishing power in such a way. Nevertheless, information and transparency matter in countries where politics are notoriously clandestine.

Second, new parliamentarians can promote democratization from below by improving the norms of political exchange. They can activate control functions of parliamentary oversight, often undermined by elite-level influence, by finding majorities to instigate public hearings of cabinet members or sending bills for reconsideration to constitutional courts. They can enforce the application of parliamentary bylaws that were previously ignored. They can talk to the press about inefficiencies and misconduct in parliamentary institutions. And they can refocus public debate away from identity-based issues that characterize many power-sharing arrangements18 and toward political exchange based on ideological preferences and policy issues. As established elites have little direct discretion over how new MPs shape public discourse, they have a potentially powerful tool at their disposal to change the ways in which citizens perceive politics to matter.

Certainly, change via these channels takes time to take hold. As Parreira argues, exiting from the stiff party cartels that tend to dominate power-sharing arrangements generally requires multiple electoral cycles.19 Outside actors can and should do little to accelerate these processes — perhaps apart from facilitating technical work to enable well-informed policy debates — for emerging norms to be accepted and internalized by citizens and elites alike without becoming politicized. In that way, apart from their mandate as legislators, incoming MPs can assume important roles in improving the norms of political exchange.

This article was originally published on the Middle East Institute website

12 Mounir Mahmalat and Declan Curran, “Fractionalization and Reform: A Framework of Political Collaboration on Reform with Application to Lebanon,” Economics of Governance 21, no. 2 (2020): 187–214.

13 Caroline A. Hartzell and Matthew Hoddie, Power Sharing and Democracy in Post-Civil War States: The Art of the Possible (Cambridge: Cambridge University Press, 2020).