Lebanese Parliamentary Elections: Beyond The Results: How Did Alternative Groups Perform?

The seats won by opposition candidates in the Lebanese parliamentary elections came as a shock to many. Despite alternative political groups having different political views, 13 opposition MPs have made it into parliament. 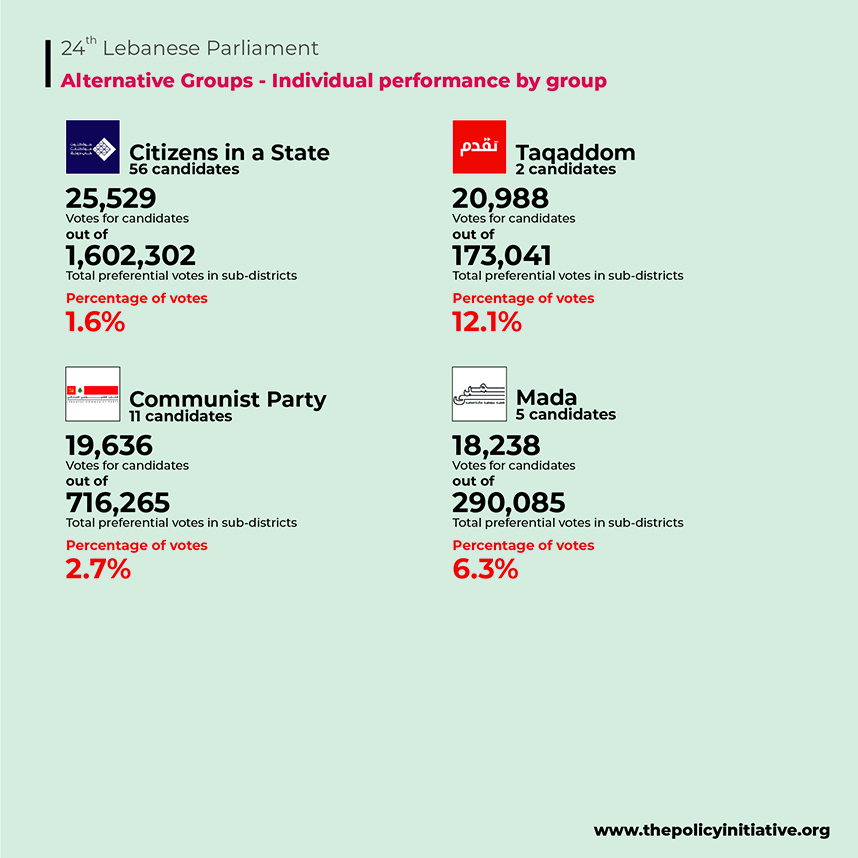 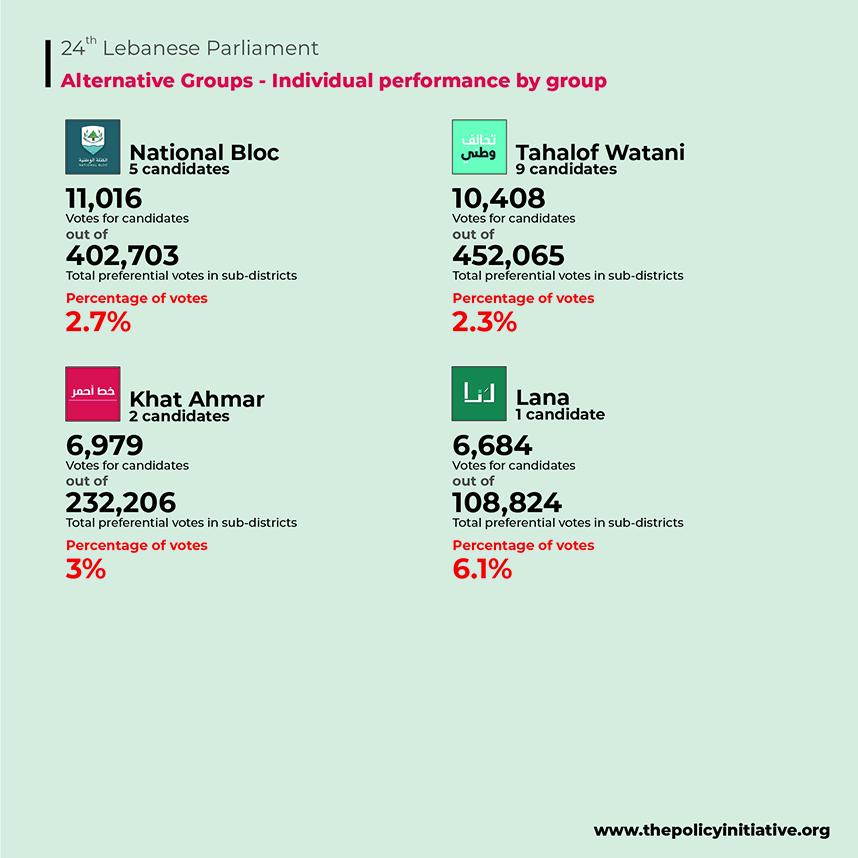 Following this, TPI takes a closer look at the votes given to candidates from the 14 alternative groups that ran to ultimately assess their performance across sub-districts.

A notable observation here is that anti-establishment lists managed to get 23.7% of votes in Beirut 2, while only 3.1% were given in Mount Lebanon 1. 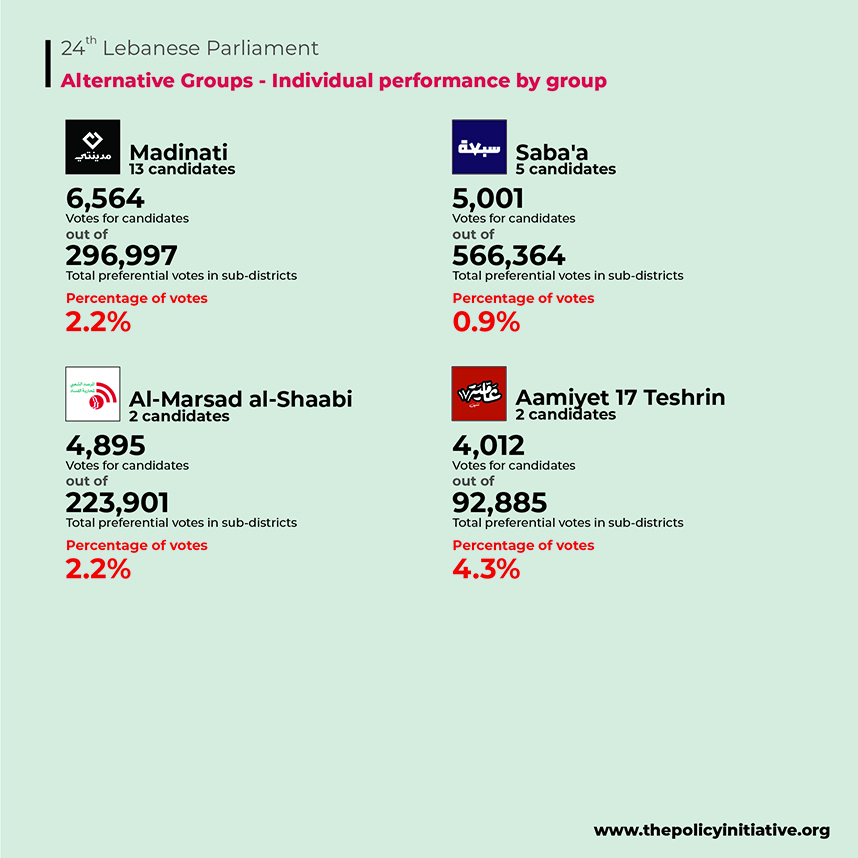 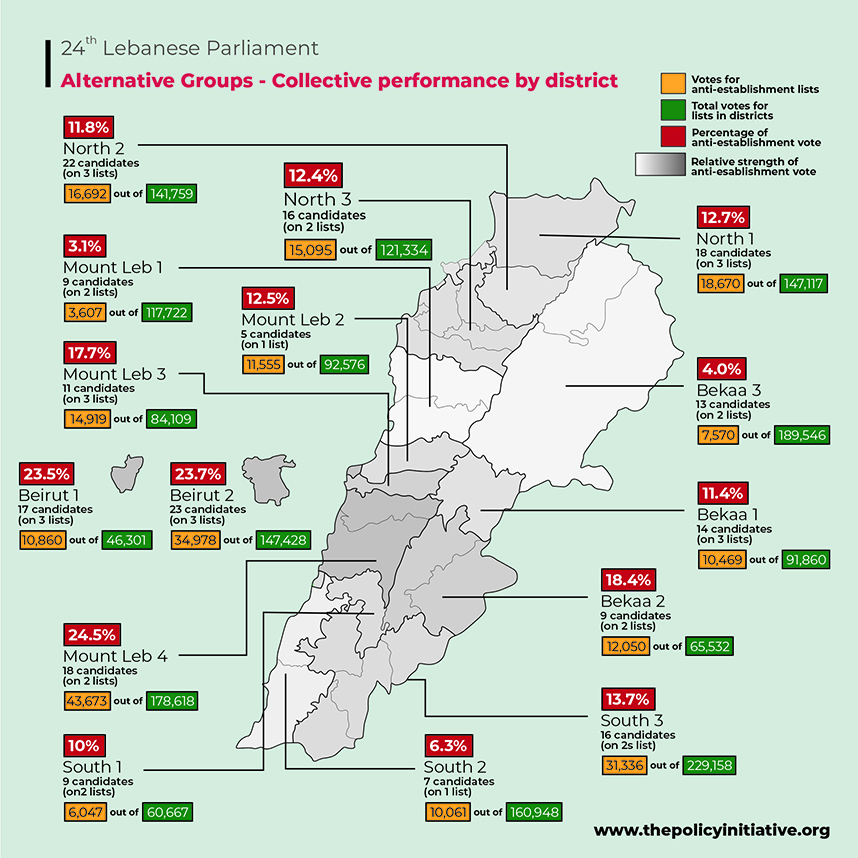 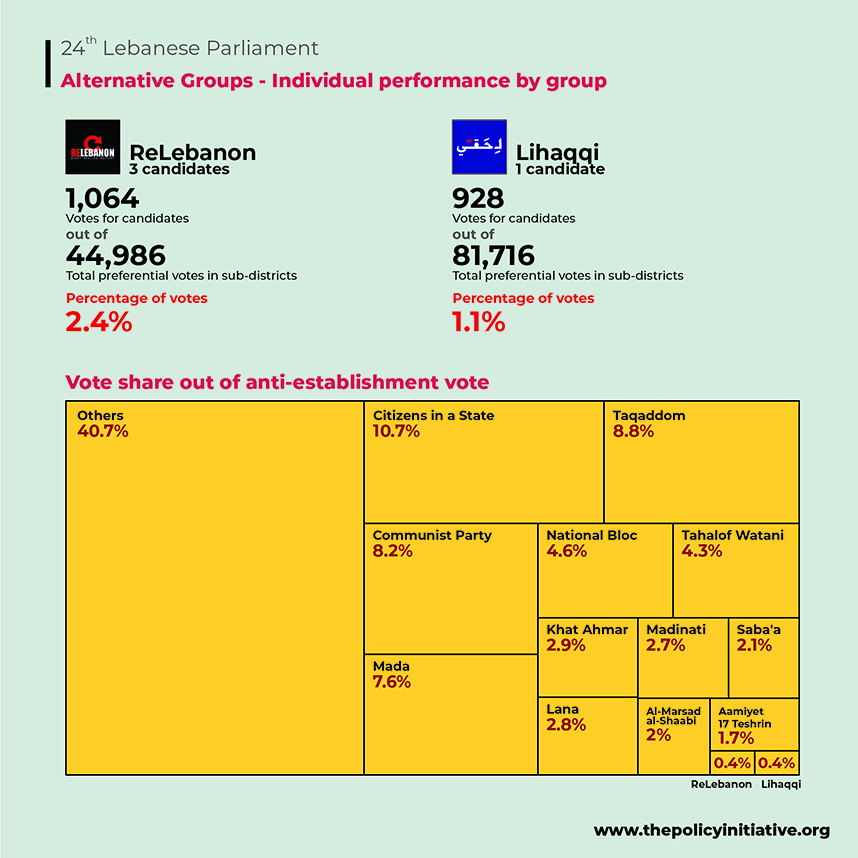