TPI mapped out a list of winning candidates, highlighting the seat distribution by political affiliation in comparison to 2018's parliament.

Through this comparison, it has become apparent that Lebanon's political landscape has changed following the elections, especially in highly competitive districts.

Prominent changes were seen in Beirut 2, South 3, and Mount Lebanon 4, where anti-establishment candidates had a breakthrough. Across the country, the Lebanese Democratic Party, Syrian Social Nationalist Party, and Azm Movement have been completely ousted, while a significant number of independent candidates who ran with traditional parties made it to parliament. 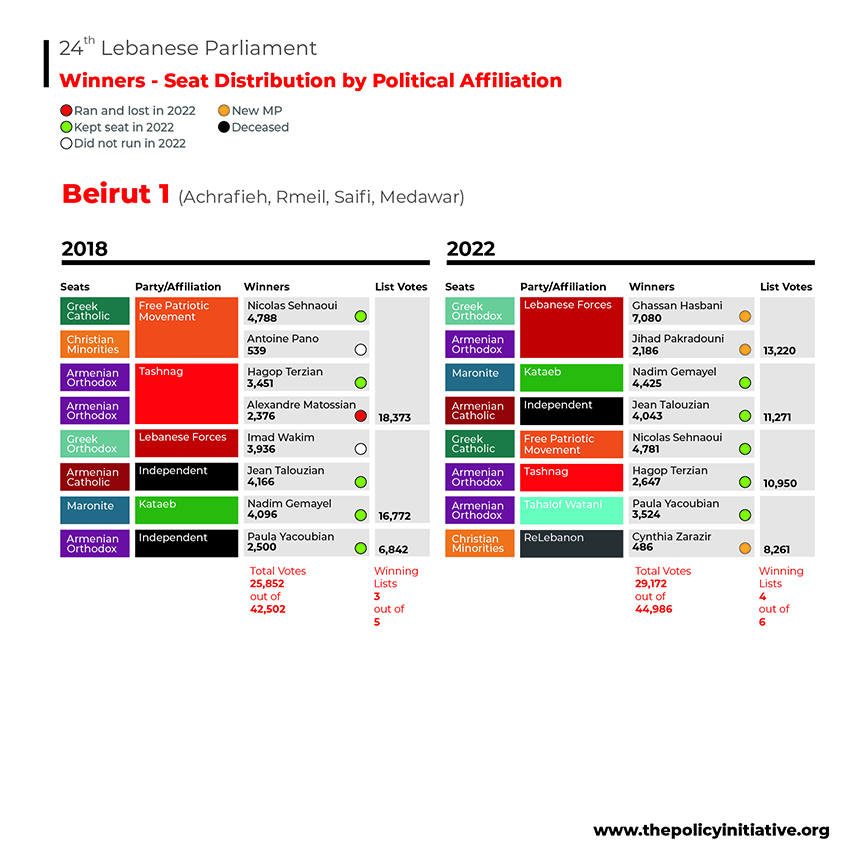 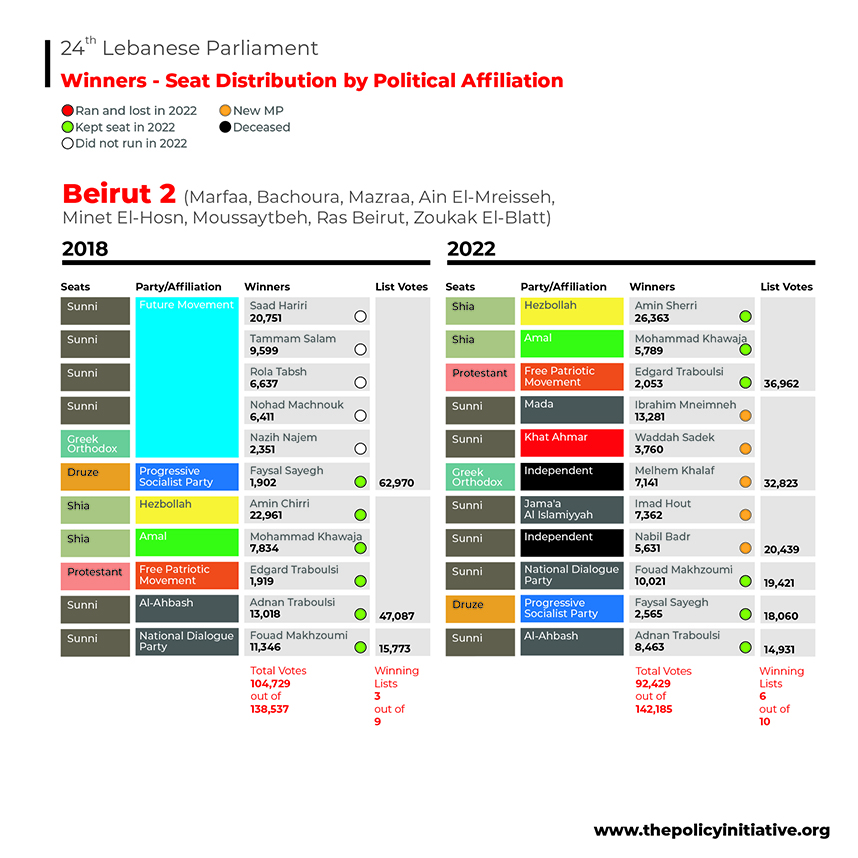 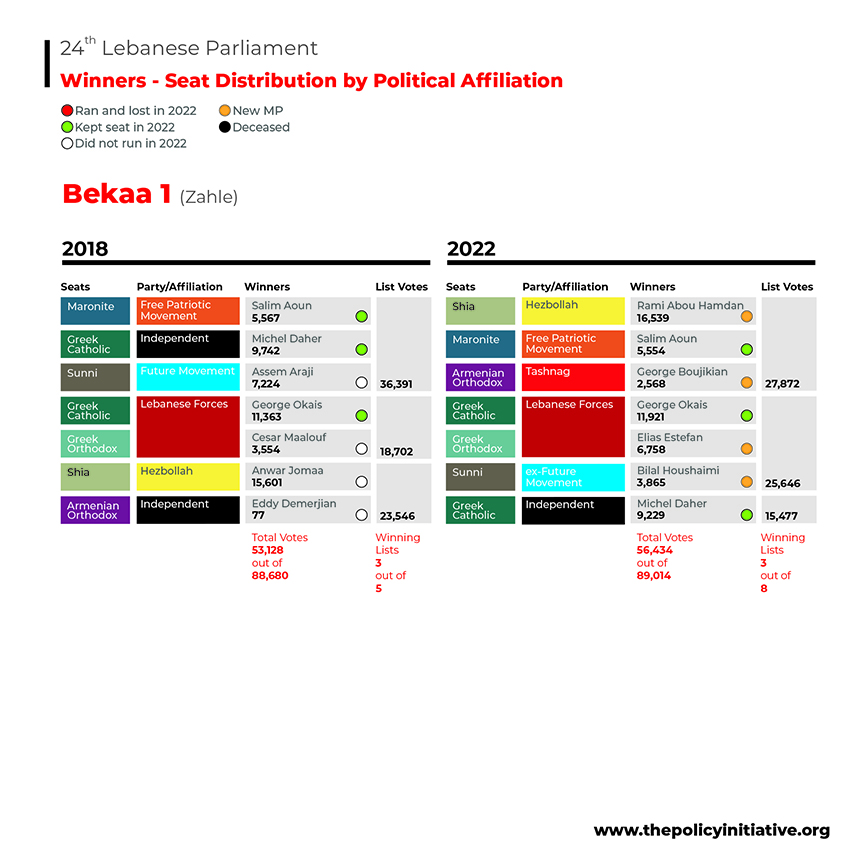 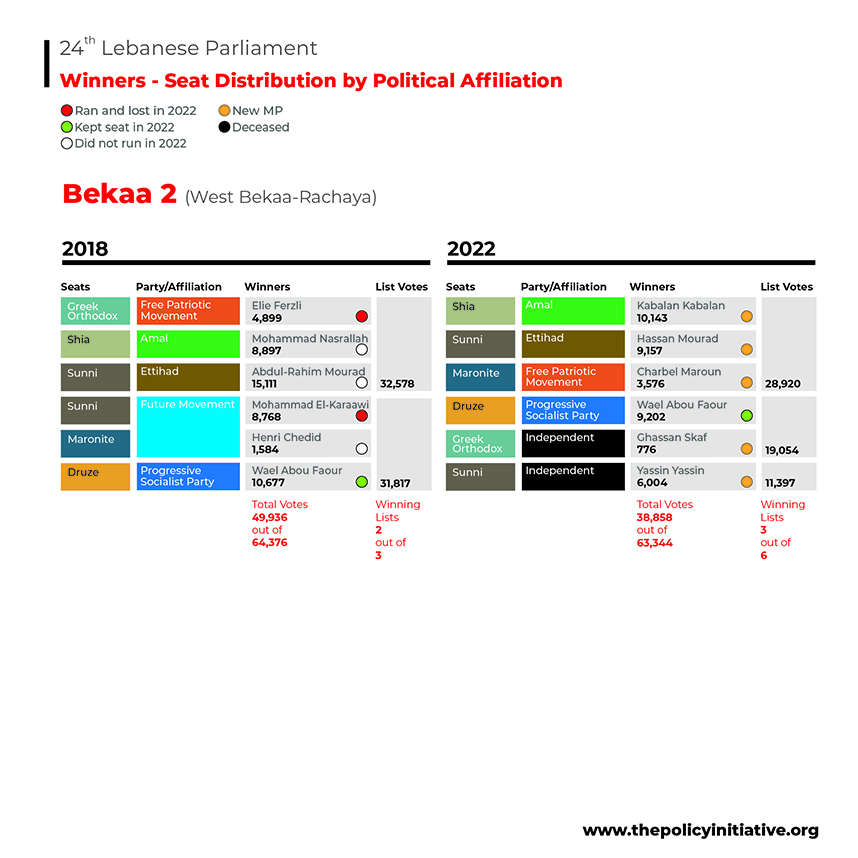 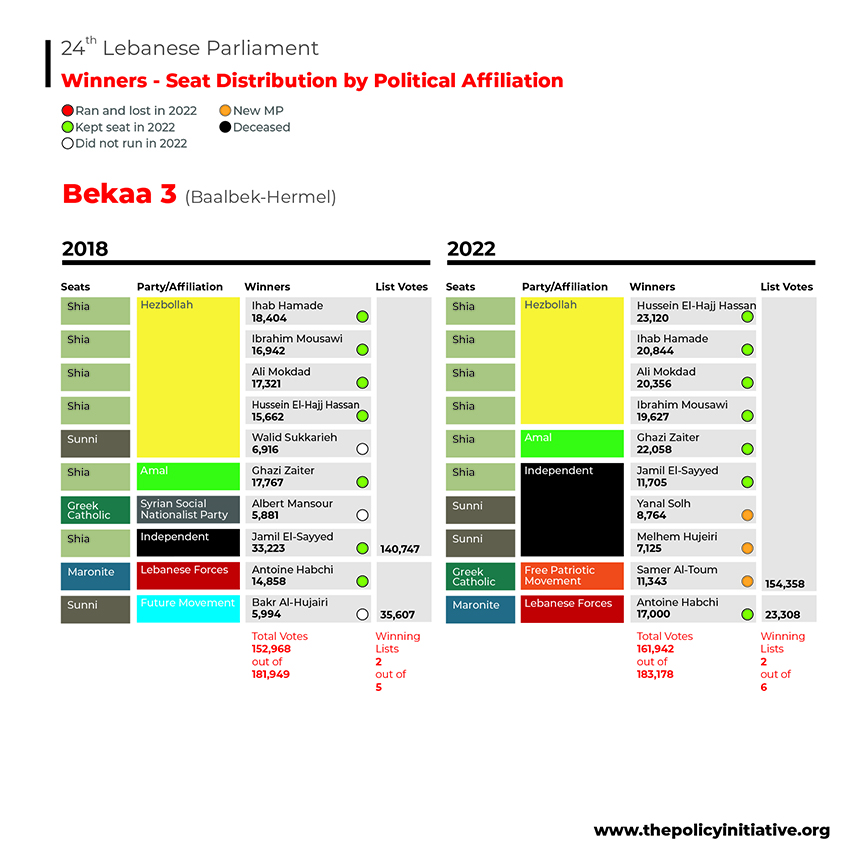 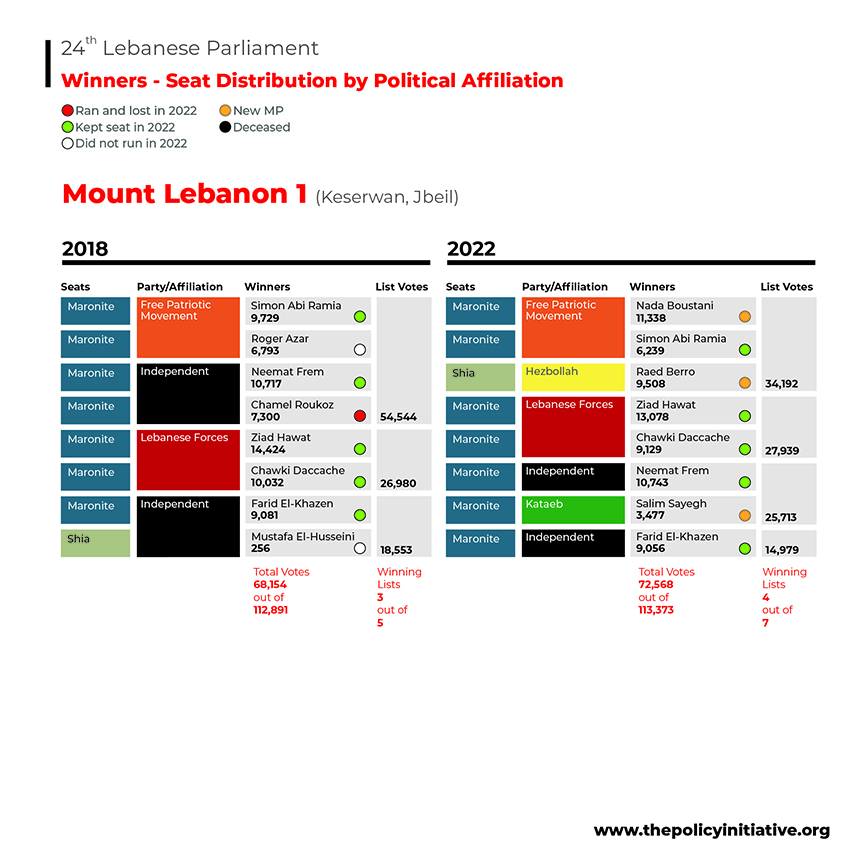 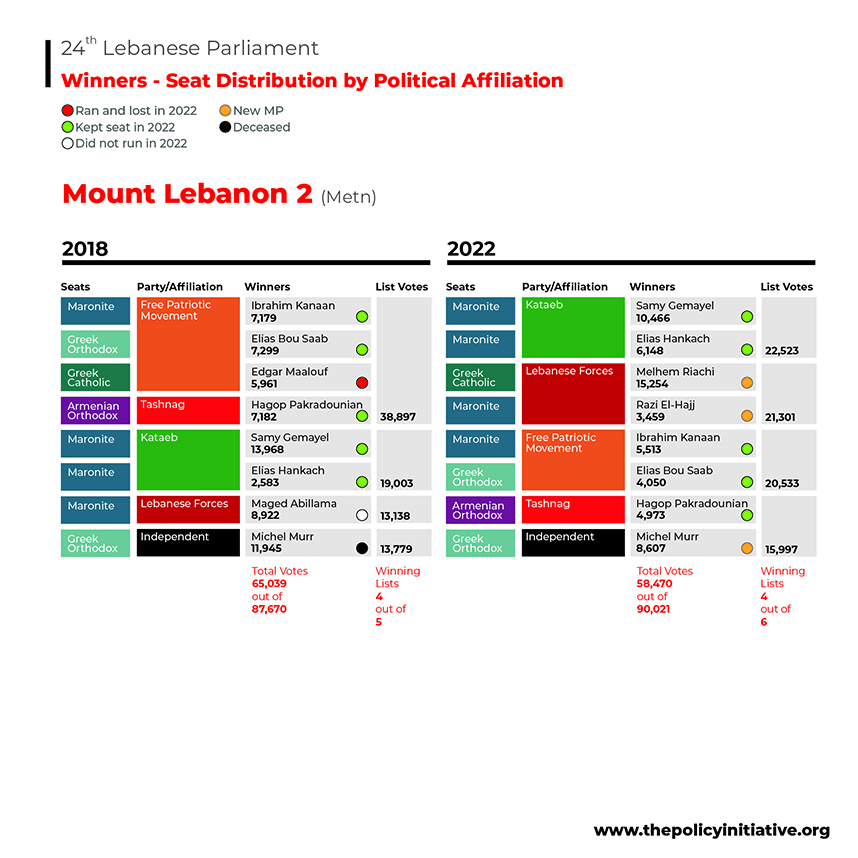 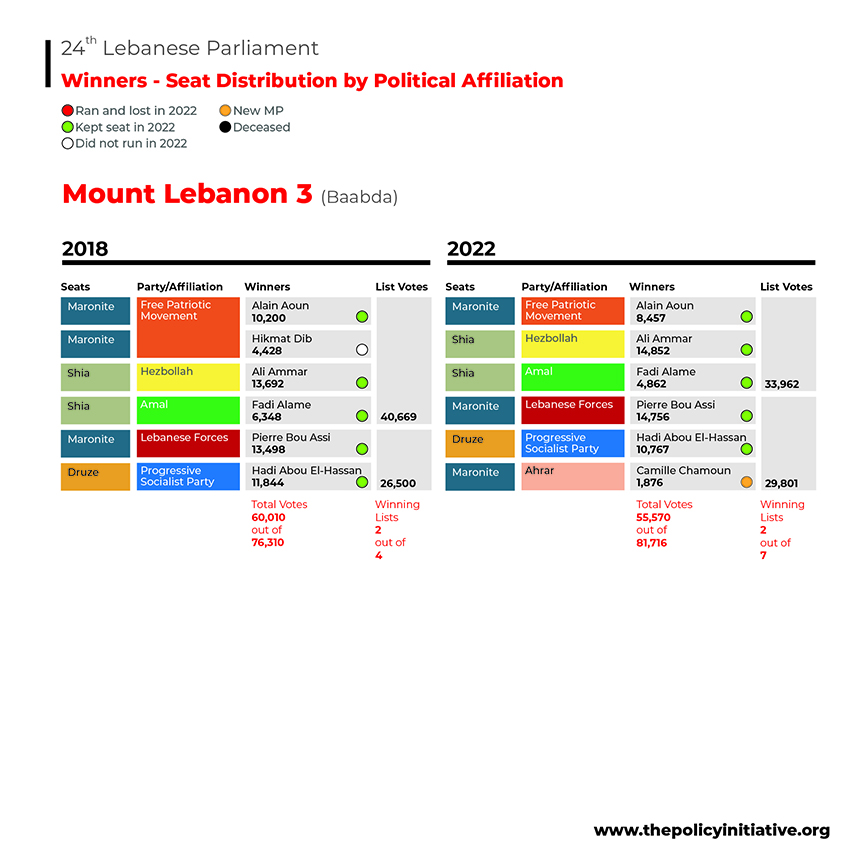 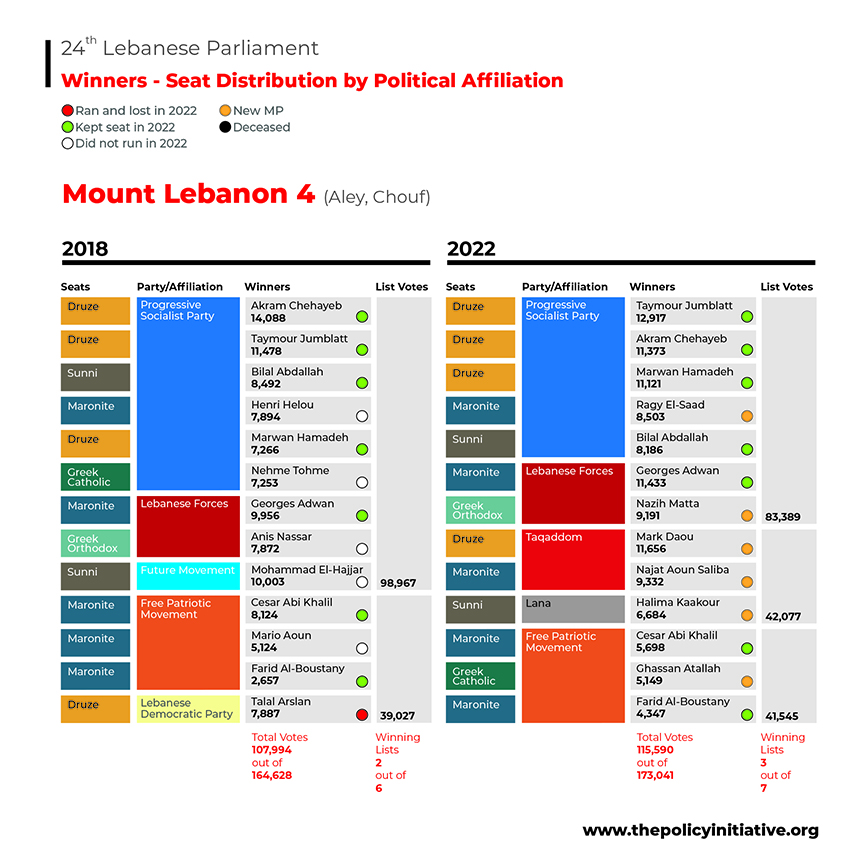 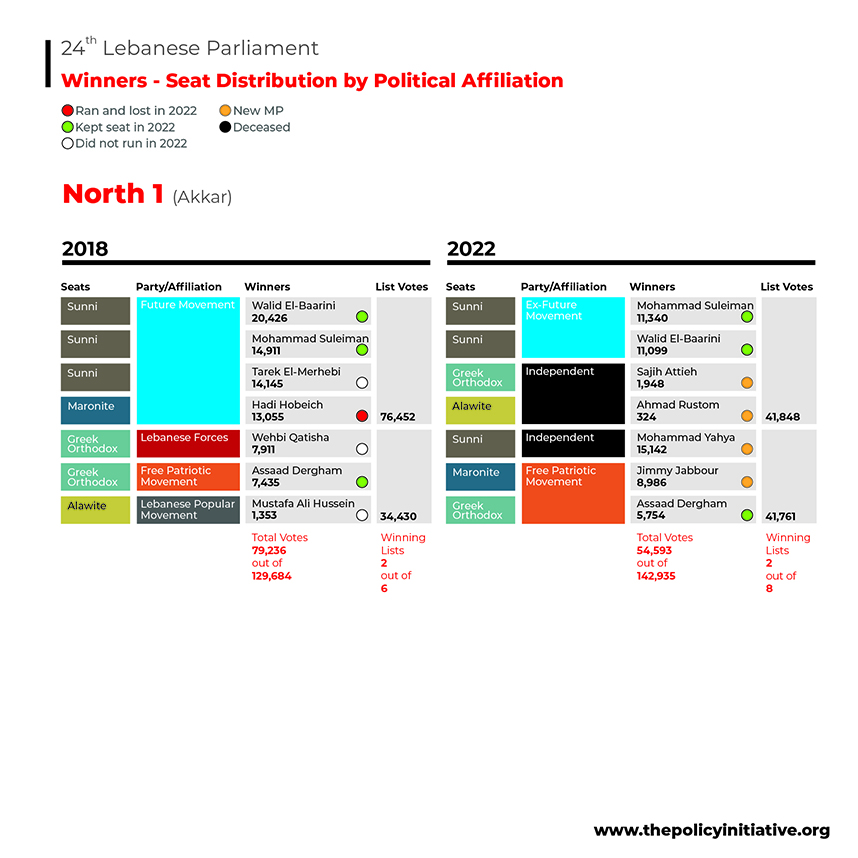 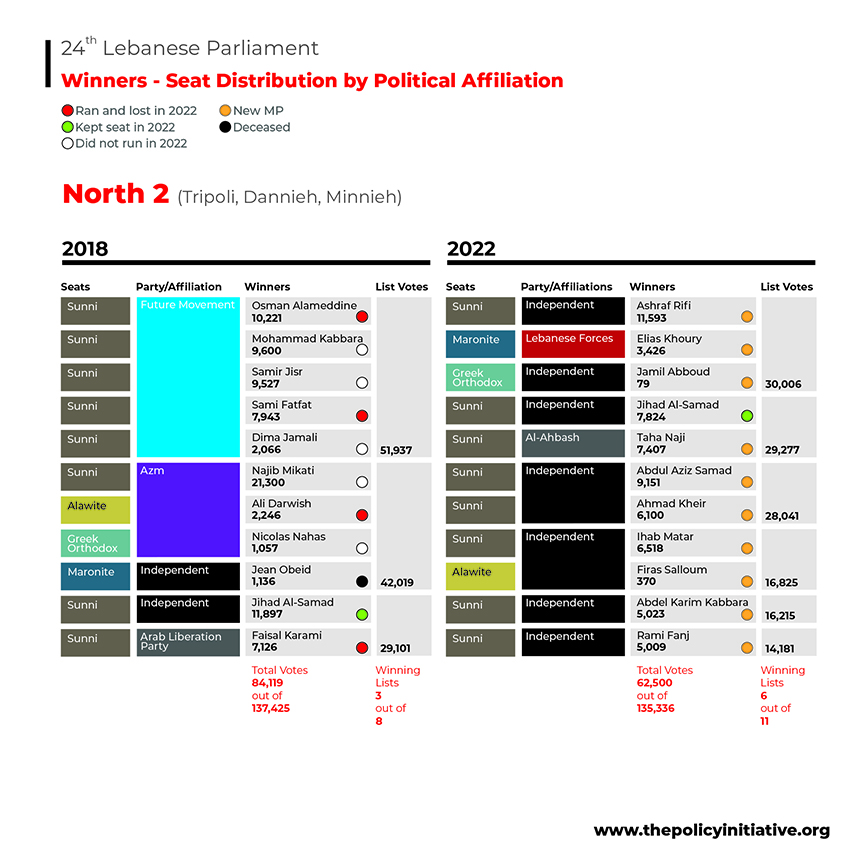 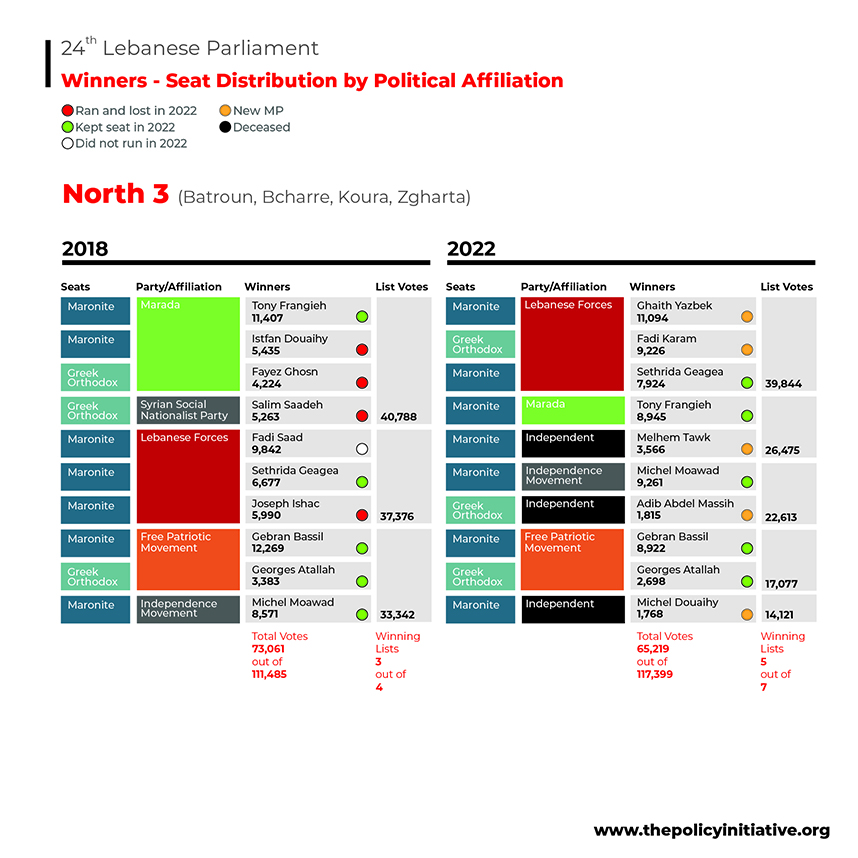 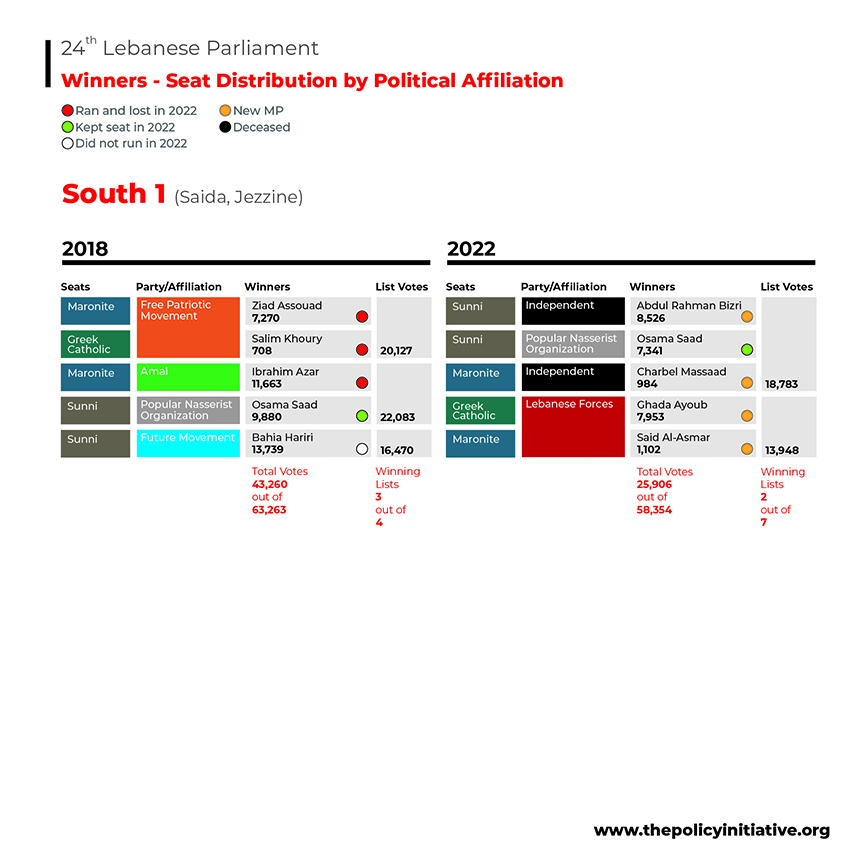 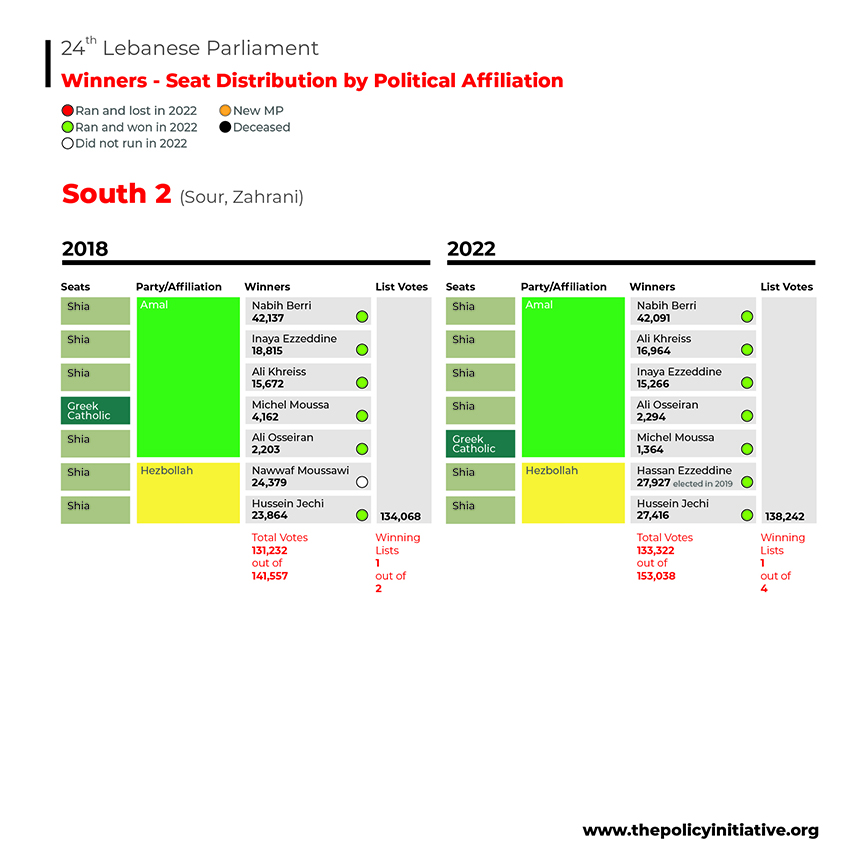 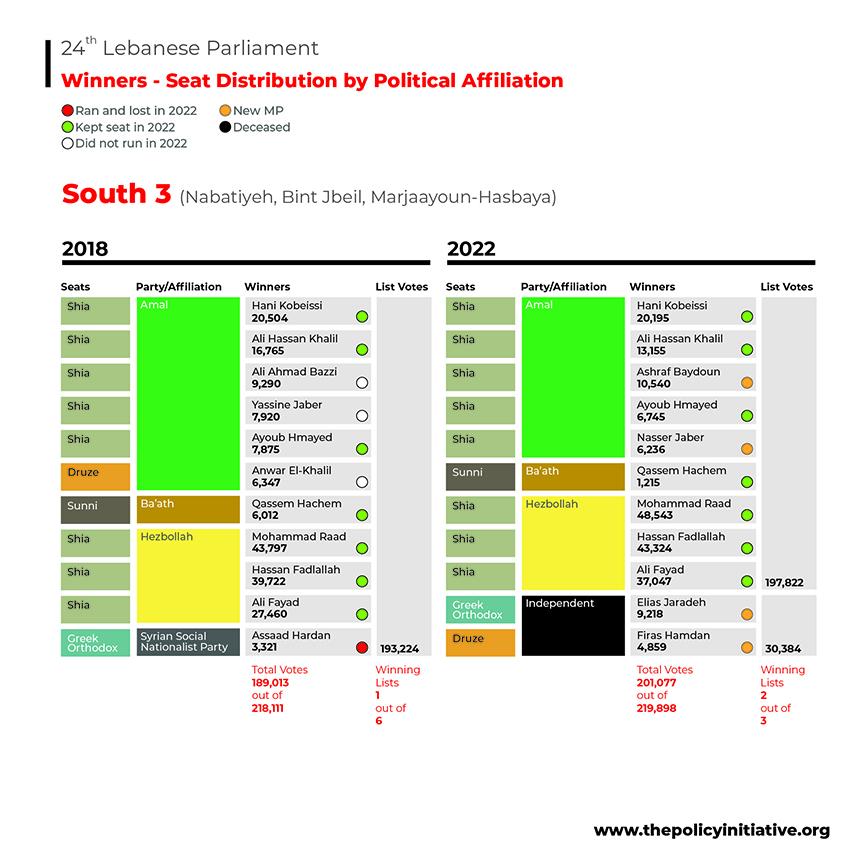