How Are Ruling Political Parties Allying for the Elections?

Alliances between political parties are consistent, with parties rarely running with and against each other across districts. 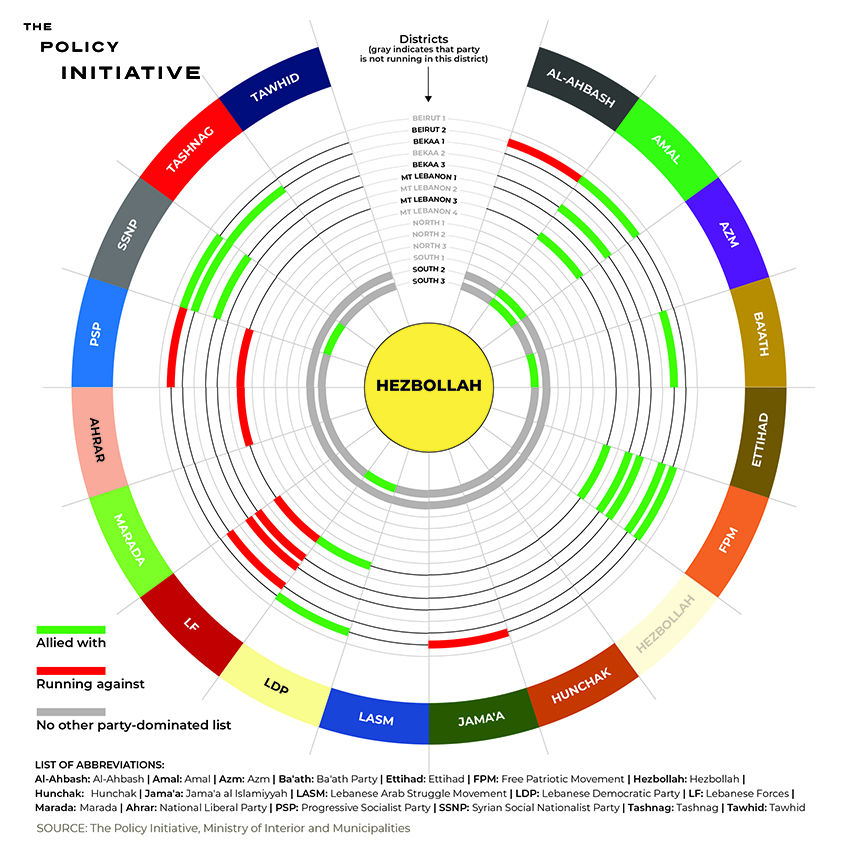 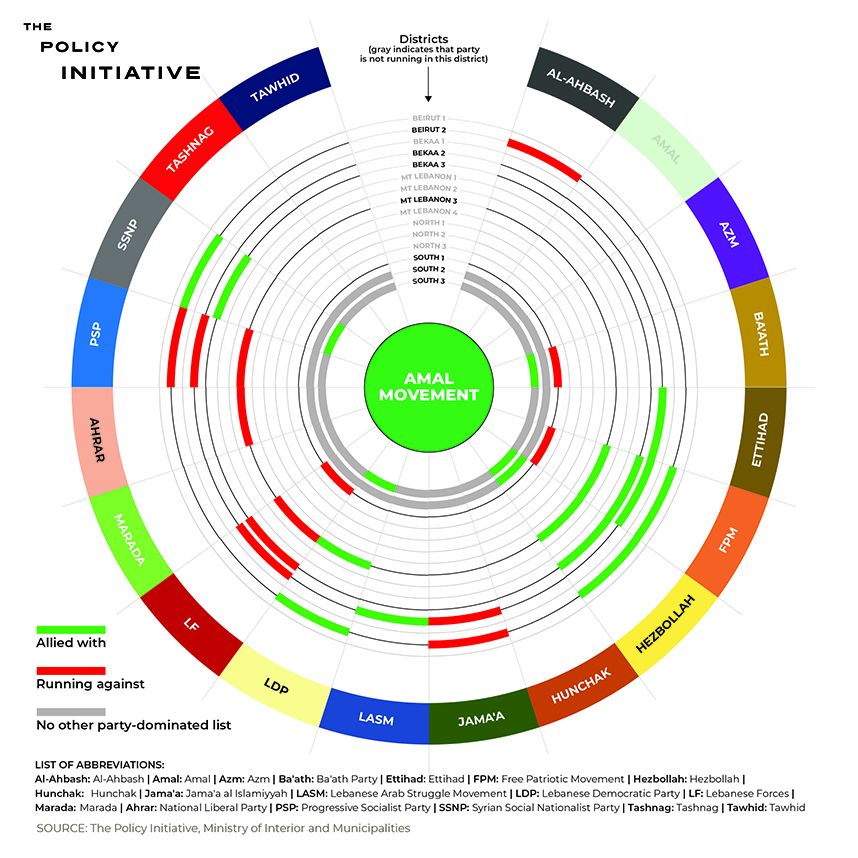 Hezbollah is running in seven districts, and has formed alliances with a total of six political parties. Most of these are with Amal and the Free Patriotic Movement.

Amal is also running in seven districts, and allied with seven parties, with its strongest electoral ally being Hezbollah. 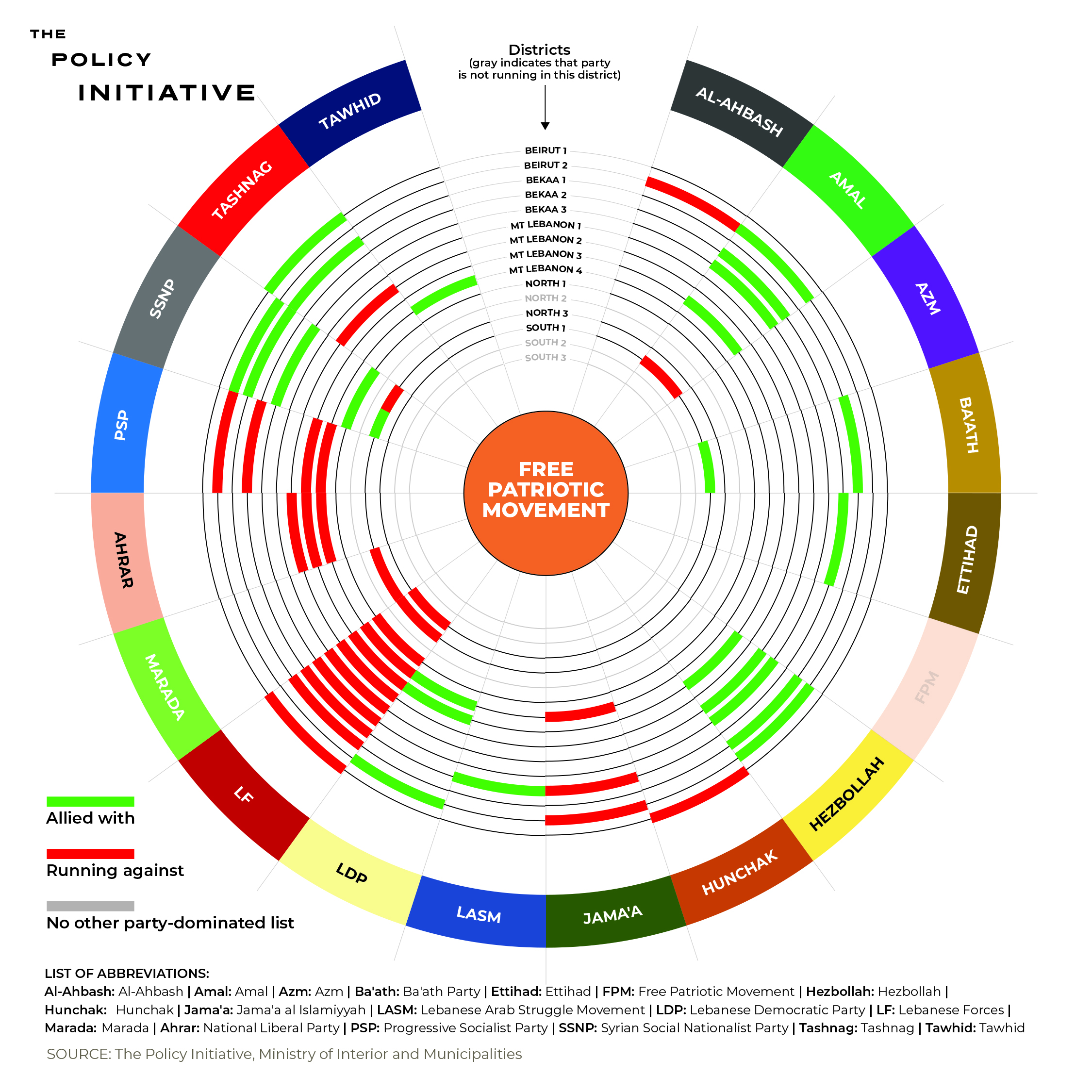 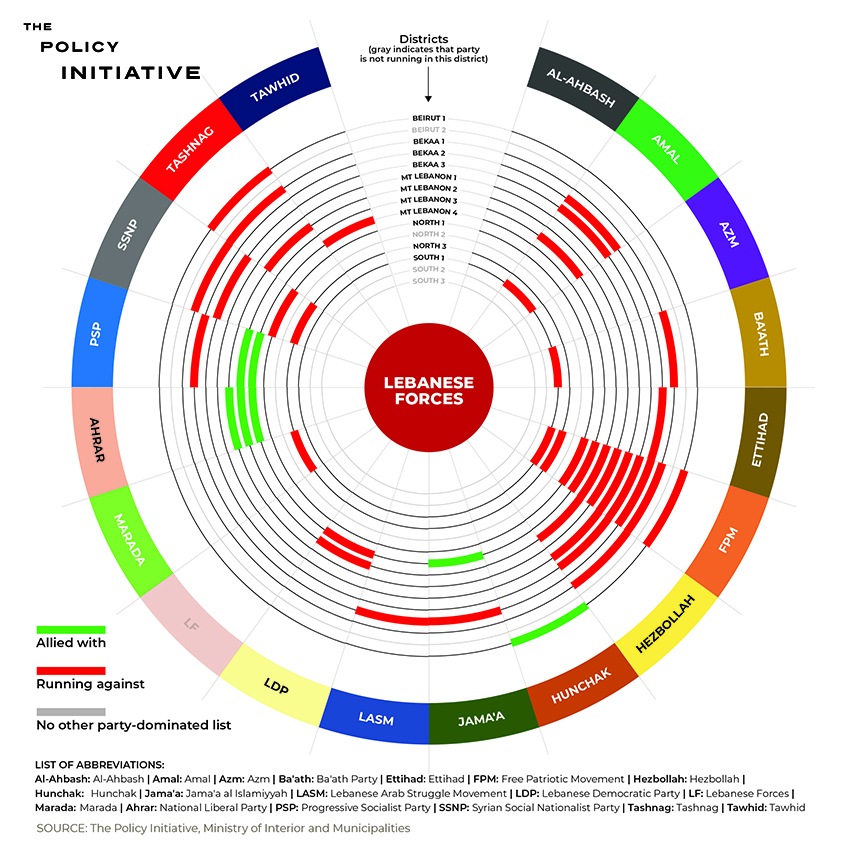 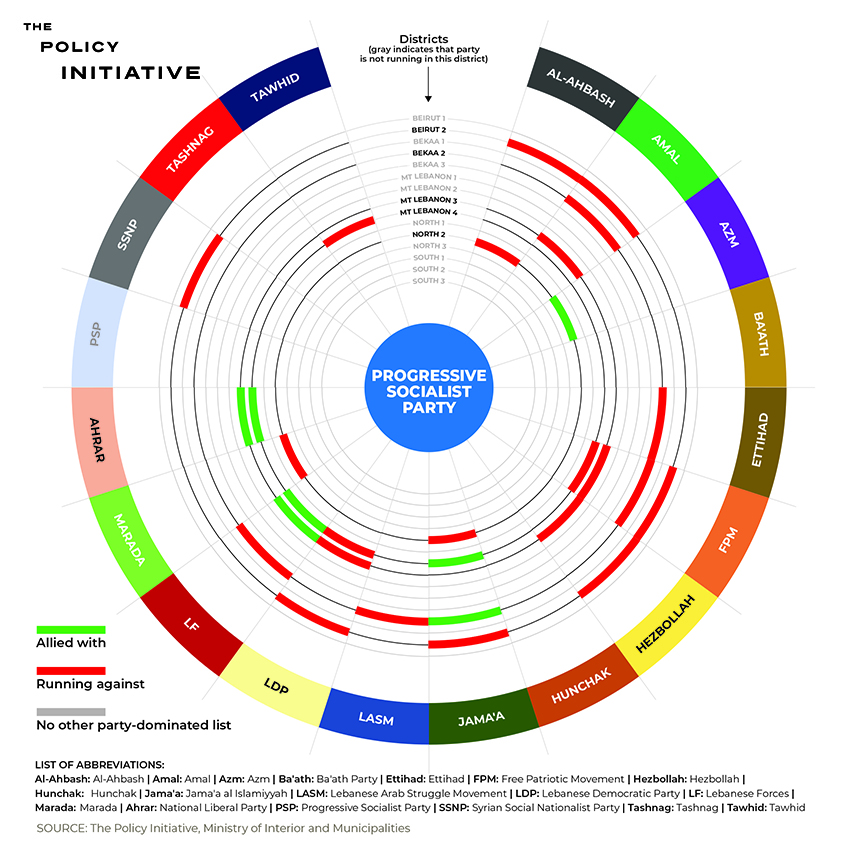 The Progressive Socialist Party also has a low number of allies (four) but is not running alone in any of the five districts it has candidates in.